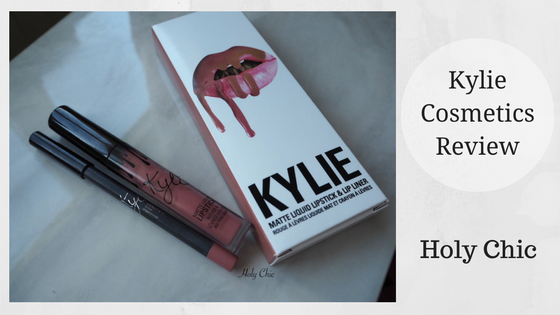 As you might know from Snapchat (👻 holychic_blog 👻) I was lucky enough to be able to get a lip kit and gloss from Kylie Jenner’s infamous cosmetics collection back in March and after testing them for the last couple of months I finally have an honest review for you all. A lot of people have bought from the collection at this stage as each restock contained more products but for anyone that hasn’t tried it out yet or is in two minds about buying them, hopefully this blog helps you 💋

As everyone knows at this stage, Kylie’s range of lip products are notoriously hard to buy. I blogged back in December about how Kylie broke the internet when she launched the range and now each time they are restocked on her site, kyliecosmetics.com, they sell out in minutes! When there was a restock scheduled at the end of March I decided to get in on the act and see how tough it really was to get a lip kit. I had the site open for about 45 minutes in anticipation of the midnight launch (Irish time). Having looked at the swatches on Kylie Cosmetics Instagram page I thought that Koko K would be the shade for me. It’s sort of a pinky nude and would be similar to the shades that I would usually wear. I had it in my cart when twelve bells came but low and behold, it wouldn’t process for me! 😤 I was insistent that I was going to get one of the kits so I went back and managed to order Candy K instead, which I heard afterwards is the hardest one to get – obviously not 😜 haha!! I was shocked that I had managed to place an order because if any of you remember, this was the time that the site crashed and broke Google and everything sold out in a record time, so to say I was lucky is an understatement. They had upgraded the site by the time the glosses launched and ordering that was a breeze! I heard about the launch of the glosses last minute and of course, So Cute and Literally, the light and medium shades were gone so I ordered Like instead which is the darkest nude shade. It was such a quick and easy process this time around as my account settings were saved from the last order – easy peasy 👌

So obviously the Candy K lip kit arrived first in the monochrome box with dripping design on it, as pictured below. The box literally just contained my lip kit and receipt, no card from “Kylie” like we’ve seen all over Instagram but I wasn’t going to lose sleep over that – I was more interested in the product itself. The box contained the liquid matte lipstick and matching lip liner which were both as big as they look. I immediately applied them and was genuinely impressed. The liner is really smooth, unlike any lip liner I had tried before. Creamy is the only word I can think of, its not the usual stiff consistency that some liners are and it just glided on. The lipstick was the same, so smooth. The vanilla scent was a little bit strong at first but that was gone in a matter of seconds once the product had dried. I was so excited to try it out that night so I only had it on for about an hour.

The lipgloss arrived about a week later in the same packaging with a lovely little card in it this time. I know it’s not the end of the world whether I got it or not but it’s the personalized touch that gives your product the edge in retail and for any of her die-hard fans, it’s a bit of KJ memorabilia. The gloss is the same size as the liquid lipstick and has the same vanilla scent. The consistency looks a bit sticky on the applicator but on the lips it’s actually much smoother and creamy.

I definitely gave the lip kit the best trial possible as I was working the Saturday after I got it! I applied it at roughly 8:30am that morning and it set straight away, like a dream. Even though I felt that it was wearing off throughout the day as I was talking non-stop, anytime I caught a glimpse of myself in the mirrors it hadn’t budged and looked the exact same as it did at 8:30am!! It just felt as though it was wearing because my lips were dry from the matte finish. The biggest test came at lunchtime when I ate and drank from my water bottle – not a lipstick stain in sight! Like honestly, not a bit of residue on my bottle at all. I purposely didn’t top up once throughout the day and I snapped my thoughts at around 8:45pm when the product had been on for over twelve hours – 12 HOURS!! The pigment had faded slightly on the very insides of my lips but overall the finish was still good and it didn’t look like it needed to be reapplied after 12 hours of wear. I’m sorry, but I just can’t get over the fact that it wasn’t topped up in TWELVE HOURS!!! 🙊🙊 The product is extremely pigmented so I only needed a very light swipe of the wand for the colour intensity that I desired. 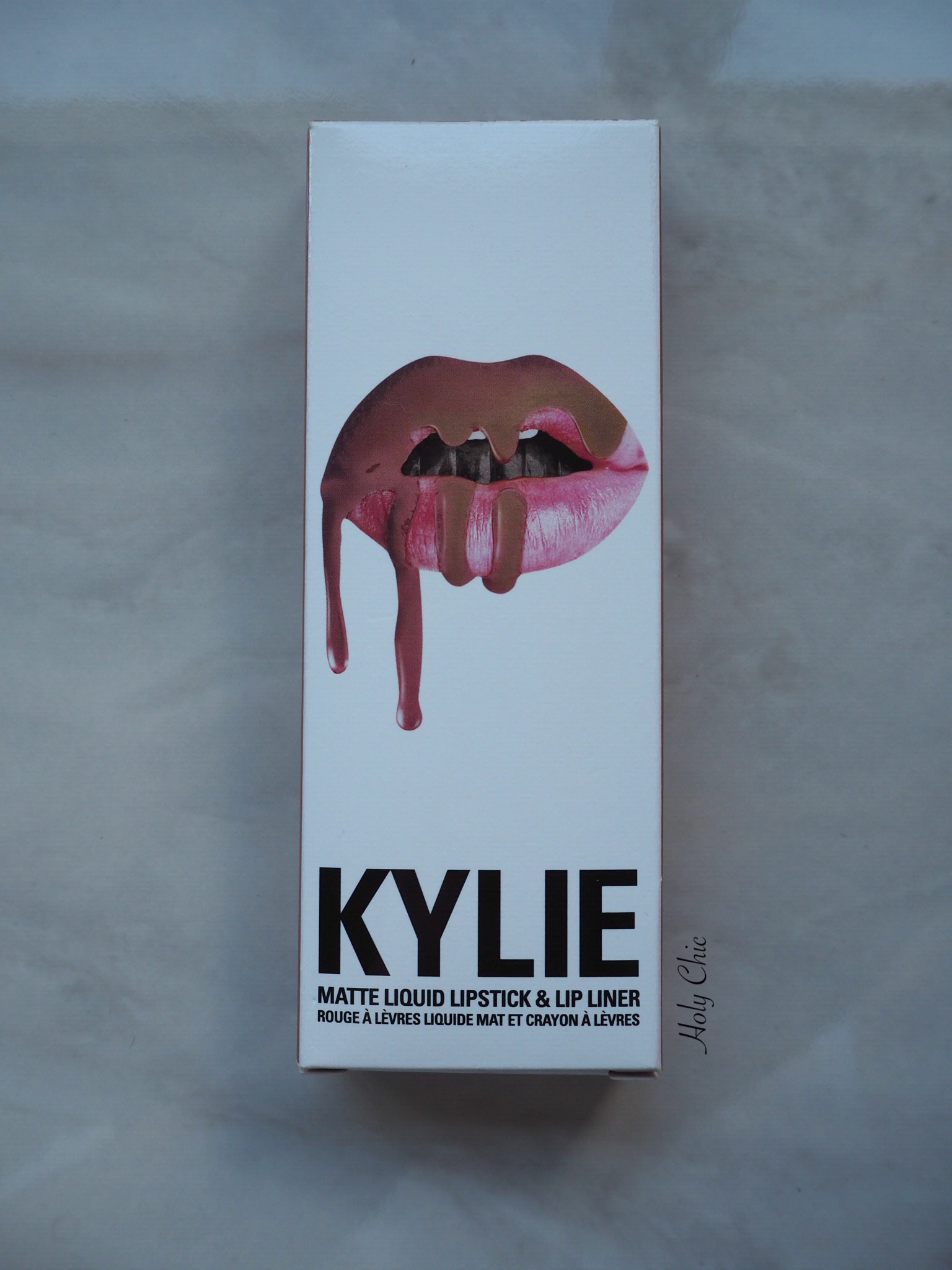 As a lot of other customers have reported, my lipgloss brush was a bit frayed when I opened it first, i.e. a couple of the strands were standing outwards, so I wasn’t impressed with the applicator considering how good some drugstore lip glosses can be. Now I’m just keeping an eye on it when I’m putting it back in the bottle so more hairs don’t pull back which is annoying 😑The shade is the darkest nude of the 3 and would be better suited to somebody with a darker colouring than me which is why I would’ve preferred the Literally shade. The consistency is great and like the first product, it has a great colour pay off. Because it’s a gloss it does transfer onto things like a glass or cutlery and didn’t stay on for 12 hours, more like 4-6 hours without topping up but overall I found it to be a good gloss and not as sticky compared to other ones like Soap and Glory’s Sexy Motherpucker for example.

I am beyond thrilled with the lip kit, it definitely lived up to all the hype that surrounded it and is definitely NOT like any other liquid matte lipsticks that I have ever tried anyway. As Candy K is a little bit dark for me to wear as an everyday nude shade, (it works more as a statement lip colour on me), I would be trying to order Koko K or Dirty Peach if I was ever going to get another one. 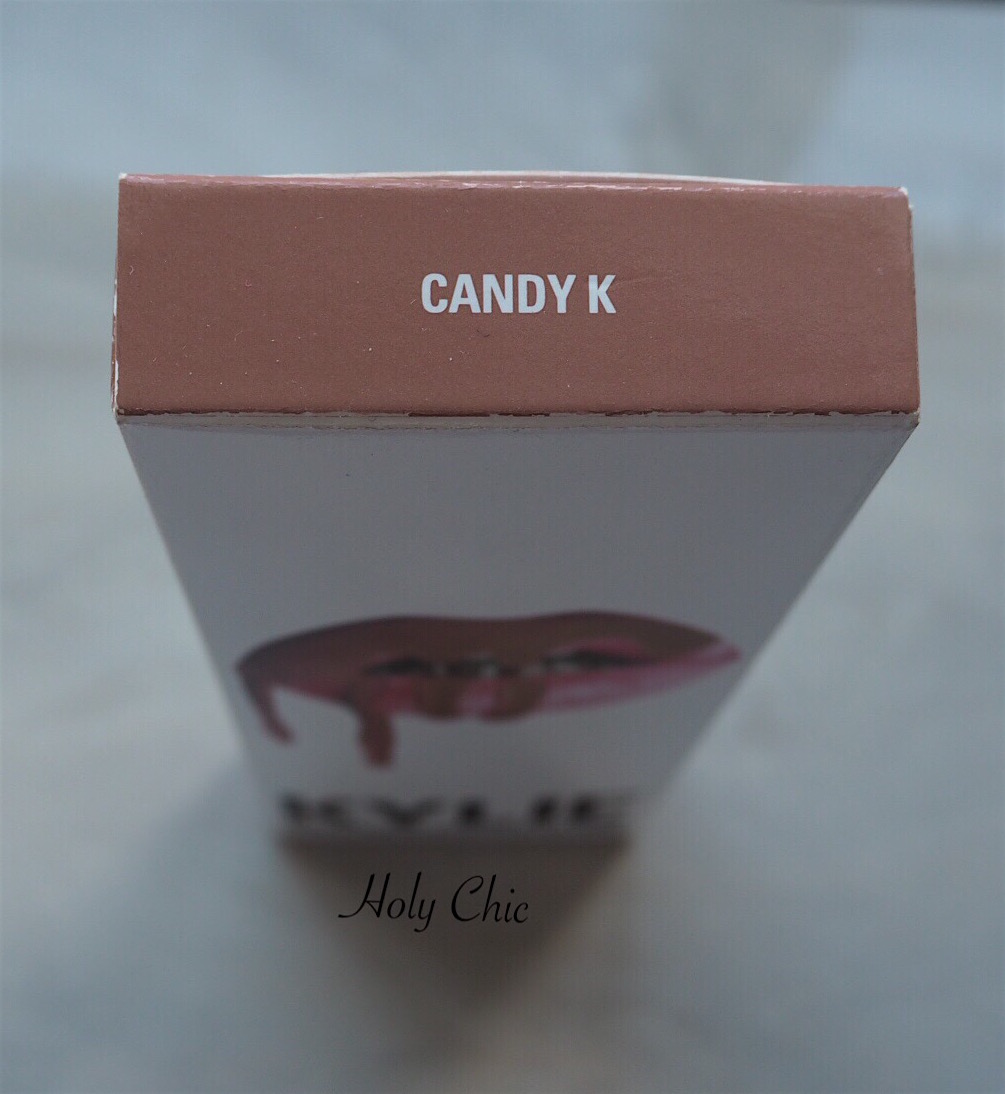 While I’m glad that I got the lipgloss too, I wouldn’t be in a mad rush to buy any of the other glosses in her collection. I just think for the price they are, there’s nothing about them that really stands out against regular drug store glosses, whereas the lip kits genuinely do have a USP compared to competitors products. 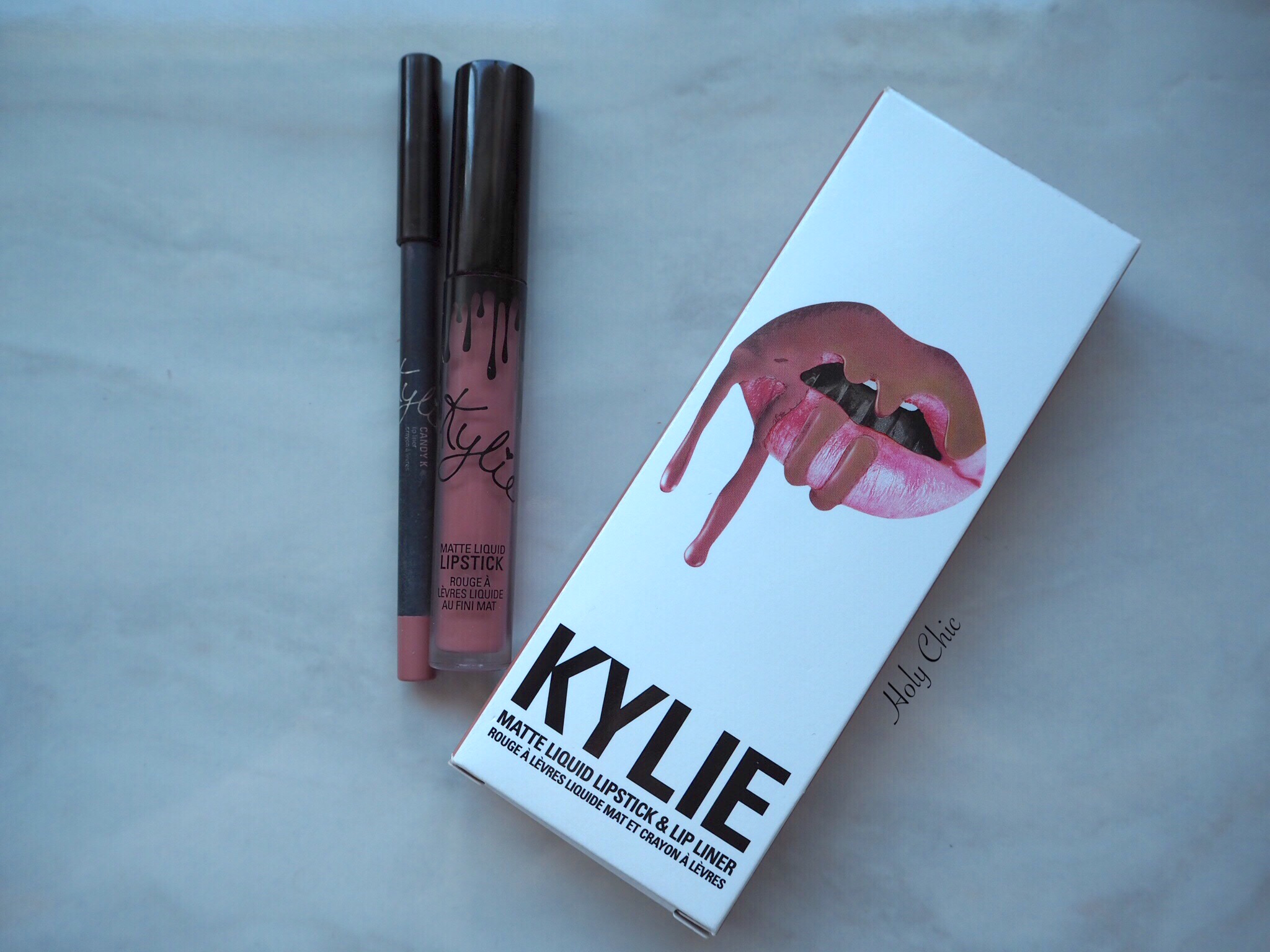 I got such a laugh writing this when I linked my December blog post about the launch of the range which was entitled ‘Lip Kit by Kylie Broke the Internet – Literally!!’ Do you think she read my blog just before she named her glosses?! Hahaha, chance would be a fine thing!!

Did you manage to get any of her products?! If so, I’d love to know what you think of them too in the comments below or on Facebook, Instagram, Twitter or Snapchat