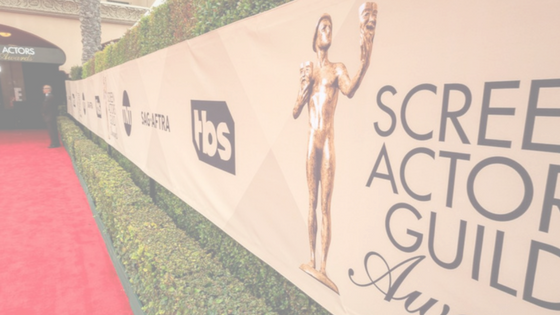 Hey dolls, I hope you all had a lovely weekend. The latest Style Round Up post focuses on last nights SAG Awards. The Screen Actors Guild Awards took place in California and saw the stars descend the red carpet in style. As always, I’ve pulled my favourite looks from the night for today’s post.

The first look I loved was Kerry Washington who wore an off-the-shoulder Roberto Cavalli gown. This was paired with Neil Lane diamonds to complete the look. I just adore the fresh and angelic look as well as the embellishment on the gown. Ye must know by now I’m a total magpie when it comes to anything embellished 😉 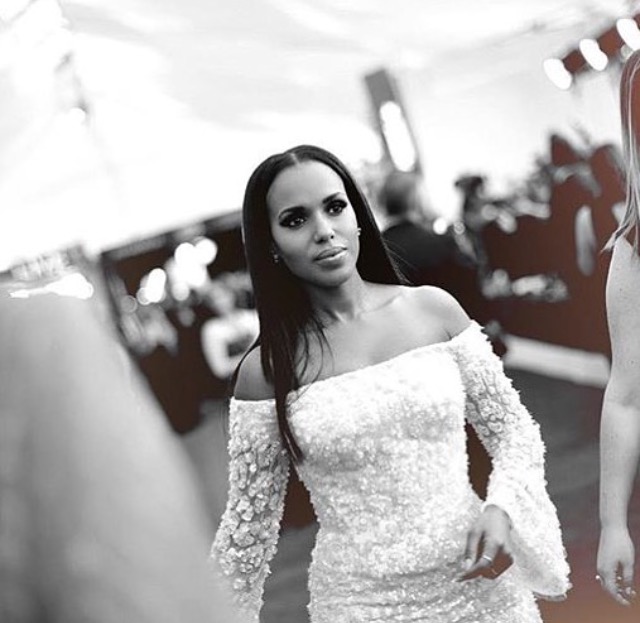 Sophia totally blindsided me with this look. The bombshell is wearing a Zuhair Murad cocktail dress which was totally not what I expected. Sophia is known for wearing figure hugging, sparkling gowns and with a body like hers, you can’t blame her! This shorter style of dress is a breath of fresh air and it definitely plays up to her age-defying looks. The actress seems to be able to turn the clock backwards. She also went with a red lip and slicked back hair do to show off those stunning diamond earrings.

Fair play to any woman that takes on the SAG Awards only a matter of weeks from their speculated due date! Natalie Portman’s latest role sees her play Jackie Kennedy Onassis and there are blurred lines between Natalie’s style in the film and her red carpet looks of late. At the 2 big awards ceremonies so far this year, you can definitely see that her looks are inspired by the late FLOTUS. Last night Natalie wore a Dior Haute Couture gown featuring bell sleeves, a huge trend for SS17. I think she looked fantastic and really unique.

Providing a real pop of colour is Salma Hayek. She stunned in a vibrant Gucci gown and Hawaiian inspired waves in her hair. She was a breath of fresh air on the red carpet. It can get boring seeing the same red, black, nude and golden gowns year after year so it’s nice to see someone take a risk. The fuller skirt gives a stunning illusion and the velvet belt sinches her in at the waist, accentuating her enviable figure. 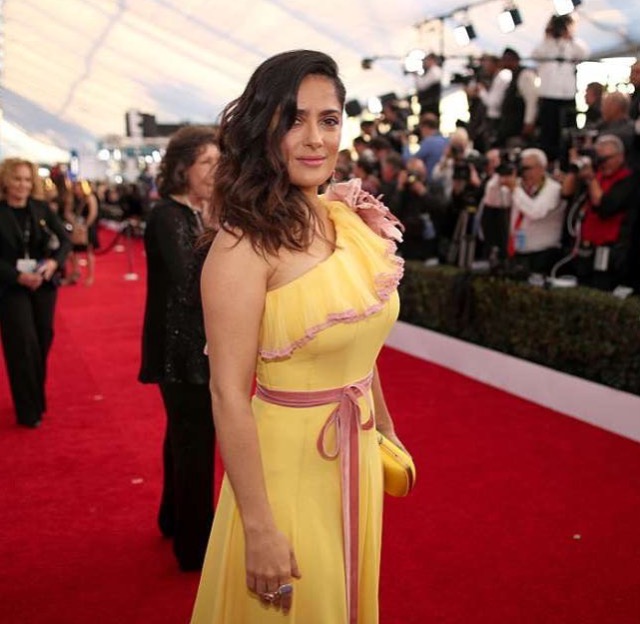 Of course, you could put a bin liner on Chrissy and she would still look sensational! She attended the awards with her hubby John Legend and the pair always seem like #CoupleGoals, smitten with each other! 😍 She wore a chic black tuxedo wrap dress by Dion Lee which featured a deep V-neck and thigh high slit – smoking!! 🔥🔥 However her accessories were muted and her hair was styled in old Hollywood waves. I adore this look and it is so hard for Chrissy to put a foot wrong, she’s just killing it lately!

*Magpie Tendencies go into Overdrive!!* There is rarely a time that I don’t like what Giuliana wears. The E! Red Carpet host chose a jaw-droppingly stunning embellished halter neck gown designed by Yousef Aljasmi. It just looks like sheer luxury and of course, she paired it with Louboutin heels and effortless beachy waves, letting the dress speak for itself.

I won’t lie, I’ve never heard of Keltie Knight before but her orange gown stood out to me. The warm burnt orange shade of her Givenchy gown is beautiful and I would also be twirling around in it if I were her! She looks so effortlessly cool and relaxed but still red carpet appropriate. The look was topped off with Michael John diamonds for the SAG Awards.

Another attendee that was news to me was Renee Bargh. Apparently she is an Australian Emmy Award winning TV host, (according to her Instagram 😉). She stole a spot on my best dressed list wearing a simple, strapless Alex Perry gown. It’s no surprise that it jumped out to me as I generally love Perry’s designs. Renee’s gown looks extremely luxurious and textured, and the olive colour is a big hit so far this year too. 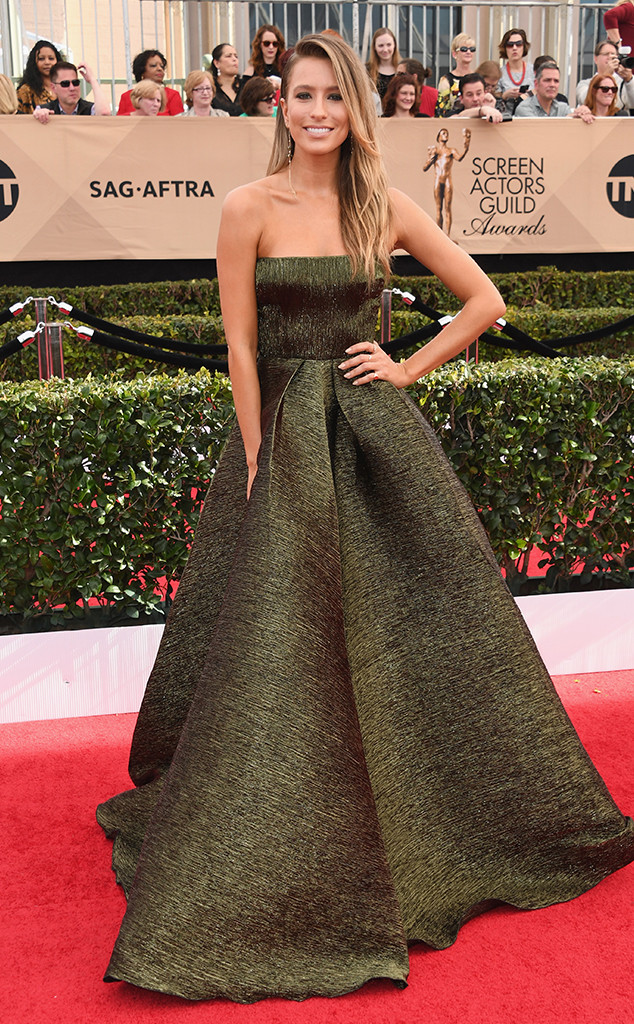 So that’s the SAG Awards for another year girls.  What were your favourite looks from this years awards?! Let me know on Snapchat, Facebook, Instagram or Twitter – I’m dying to know! The BAFTA’s are next, coming up on the 12th of February so I’ll be back with another Style Round Up post then. You can catch up on the BAFTA style from last year in this post on Holy Chic.